I don't know if anyone still reads this blog -- and I'm sure some people will be pissed because all I do on it now is promote my book or whatever -- but it would be a shame if I didn't come here to announce that the paperback of HACK was released today. There's even a picture of my face on the cover (not my idea, but I didn't have too much of a choice). Anyway, I'm pretty proud of it, and I hope you will all enjoy it if you never got around to getting the hardcover.

I guess while I'm here, I'll give a little update. If you're reading this, you're aware that I don't really write on this blog anymore. And there's a reason for that. Or a lot of reasons, actually. One is that I don't drive the cab as much anymore -- I'm burned out. There are so many things I love about being a cabbie -- primarily the people and the adventure, the unpredictability of each shift, and the endlessly fun game of discovering unusual places in New York -- but there are also a few things I could never come to terms with, like traffic and accidents and all the abuse that is so regularly heaped on New York's cabbies. This is why I stay away when I'm not desperate for cash.

But that's the other beauty of cab-driving: you can pick up a shift when you need some fast money, and chances are, you'll make a few dollars. Which is why I drive every now and then, but not very often.

The thing is, I never thought about any of this as a forever sort of deal. I knew when I started this adventure that I would drive the cab until I didn't want to anymore, and the same goes for the blog.

I keep my hack license current for the same reasons I keep the blog online, because who the fuck knows what will happen? Maybe one day I'll need to go back to driving as my main source of income. And maybe one day I'll again have something I want to put out there via blogspot -- and hopefully when that happens, like now, there will be someone left somewhere that gives a shit.

That all being said, I can still bring one small dispatch from the taxi world, via my old-time cabbie buddy Bob. I was walking down Bushwick Avenue Friday night (because, didn't I mention? I'm a hooker now)(just kidding), when I heard my name being called from across the street. It was Bob, sitting in the front seat of his cab, having just dropped off somewhere in the neighborhood and on his way back to where the hipsters are.

He went off-duty and we talked for over an hour. He told me that the gas prices are killing everyone -- taking away another $15 to $20 a night, bringing the fees up to near $200. He also told me that business is dead-slow now too, so everyone's doubly fucked. But he's still hustling, sometimes taking breaks to do some Yoga mid-shift (smart guy -- I need to learn from him) and doing his best to stay healthy. Another friend of ours isn't doing so well -- he got cancer and can't make it back to work. Also, Billy, the guy who used to pee himself, is apparently off the streets for good. Some sad shit, right there.

While sitting in his cab, he pointed out some relatively new apartment buildings on Bushwick Ave and said, "See those buildings there? Back in the '80s this used to be a giant abandoned lot filled with homeless people. It was like a tent city. And around the corner, on Johnson and Morgan, there's a traffic island there that used to be the biggest open-air drug market in the city."

These areas, for those who don't live in the city, have been deeply gentrified and are now brimming with artists, hipsters, post-grads, and nouveau yuppies.

Bob continued, a little mystified, "It's crazy how this neighborhood has changed."

I love seeing the city through Bob's eyes, along with some of the other old-time drivers.

Another buddy of mine from the garage -- who shall not be named to protect his marriage -- sends me picture messages practically every day of girls showing him their tits in the back, and sometimes the front, of his cab. What the fuck man? Why didn't that shit ever happen to ME?

Anyway, that's about it. I hope you're all doing great. 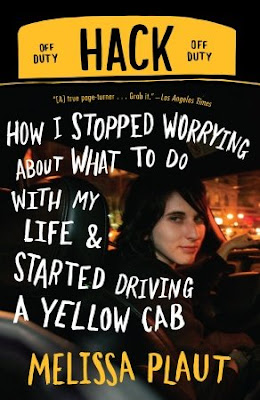